Different types of Traders [Merchants]: We know that the stock market offers an opportunity to make money, but we are not entirely sure how investors know when to buy shares and when to sell shares. Or maybe you’ve heard words like “Quants” or “Scalpers” and you want to know more about them.

Either way, an overview of some of the most common types of trading strategies will provide insight into the trading terminology and strategies used by various investors attempting to make money in the market.

Understanding these strategies can help you find the one that best Traders your personality.

Starting with the fastest traders of all, quants are the high frequency traders who trade using quantitative methods and with complex computer algorithms. They are sometimes given a bad name in the industry, after being blamed for the 1987 crash, but quants tend to be technically savvy individuals who are able to harness automated algorithms to find minute inefficiencies in the market.

Becoming a quant might be difficult, because to succeed quants need super fast connections (such as fibre optic lines straight to the exchange) and expensive computers. This is why they often work for big institutions such as the major banks. Their trades are often so fast, operating between the bid and the ask price, that they are not even noticed by the rest of the markets.

One up from the quants, scalpers also operate in the short-term, but they may do so manually or by using a computer program.

Scalpers look to profit from inefficiencies in markets and can hold trades for anything from a couple of seconds to a couple of hours. Scalpers have been in the markets since the beginning with the idea being that markets are forever fluctuating around.

Scalpers use this fact to profit from the ‘noise’ so that when a market spikes up or down, they will quickly enter and hope to pull one or two pips from a quick reversal. To be a scalper takes a lot of skill and practice and usually a lot of discipline but it can certainly be an interesting way to trade. Both scalpers and quants are very useful to financial markets since they enter lots of trades and provide liquidity to the markets.

Day traders enter and close their trades on a daily basis, rarely holding any positions overnight. Typically, they trade off charts using technical indicators such as pivot points or moving average lines to justify their trades.

They may also take into account fundamental factors and news releases – perhaps buying or selling a stock the moment an economic figure is released. Some day traders may also use strategies to hedge their trades as they go.

Swing traders typically hold positions for a couple of days, but not normally weeks. They are therefore less active than day traders but they do trade frequently enough to have to stay tuned to the markets at all times. They may use technical indicators such as trend lines or resistance channels to identify profit but are just as likely to look at fundamental news flow. They also look out for the possibility of reactions to upcoming news releases and events.

It is also possible to be one, none, or many of these different trading styles combined. Some traders concentrate on one market and one style only, perfecting their technique as much as they can, while others take a bit of each style depending upon the situation. For example, a trader might take long-term positions but keep a little bit of capital in reserve, in order to profit from short-term opportunities when they arrive.

In general, the shorter the time frame you trade, the harder it is for you to make a profit. That’s just one of the facts of life, so make sure to think carefully about what kind of trader you want to become.

A closer look at position trading

There are many options when it comes to trading the markets but position trading is one type that often steals the headlines. The main reason for this is that position trading allows longerterm positions to be built up over time and therefore facilitates some of the biggest profits.

In fact, some of the most famous traders in the world and biggest hedge funds can be described as position traders. George Soros, Warren Buffett, John Paulson – they are all famous for taking big, long-term positions according to their views on markets.

To sum up then, position trading is any trading style where trades are held open for a long period of time. Some may argue that any trade that is held for longer than a day constitutes position trading but it is generally accepted that position trading relates to trades being held for weeks, months or years.

Fundamental analysis is best described as any analysis that looks at data relating to economics or the big picture numbers that operate behind the market. It is therefore not directly interested in the price and can also include top down or bottom up analysis.

As fundamental analysts, position traders study the market rigorously in order to find the big macroeconomic trends that enable them to make huge multi-month or multi-year profits. They study such factors as unemployment, GDP (gross domestic product), retail sales or the outlook for interest rates and they have a firm grasp of how global markets interact with each other. Because of this, many position traders spend large amounts of time on the sidelines, often putting their money into cash or treasury bills (T-Bills) and waiting for the next big opportunity to emerge.

While some traders such as Warren Buffett waste no time in entering their full position when the opportunity comes, others, such as George Soros, prefer to drip their money into markets gradually, testing their hypothesis and targeting the best possible entry price.

Rather, position traders look for the big trends and need to have a very strong tolerance for losses in order to be able to ride them out over time. In this way, they often need to keep trades relatively small at first, building them up as they progress, and they need to be supremely confident about their trades in order to not get dissuaded when the position is losing money.

Some people like to argue that there is more money to be made trading the markets in the shortterm, but it is hard to argue against the effectiveness of position trading considering some of the most successful traders in the world are position traders. George Soros, Warren Buffett and Jim Rogers are just three good examples.

Born in Hungary in 1930, George Soros is one of the most famous position traders of all time, not least for his role in ‘Black Wednesday’ when he was dubbed the man who ‘broke the Bank of England’ and netted $1bn in profits from a short position in the British pound.

Since then, Soros has continued to beat the market over several decades, through a combination or rigorous fundamental analysis and gut instinct. He is often said to close trades when he starts to feel backache, an indication that something is not right. He also takes the view which he calls ‘reflexivity,’ – that the movements in markets can actually affect fundamental conditions just as much as the other way around. Soros has written about this theory in a number of books. (Several of which are included in the Resources and links section at the end of this book.)

As a trader, Soros is known for his bold predictions and courage to make big trades. In fact, Soros is quoted as saying that the biggest error a trader can make is not being bold enough.

Soros likes to think deeply about markets and to come up with a thesis that he believes best reflects the world around him. Often he tests the thesis by opening a position in the markets and seeing how it goes, sometimes building it up over months or years. Other times, he likes cutting it quickly if there are losses or if his intuition tells him to sell.

Although some might regard the ‘Oracle of Omaha’ Warren Buffett as more like a buy and hold investor, there is no doubt that he is also a very astute position trader. He may have held stock in some of his favorite companies for several decades but he has also bought and sold many other hundreds of stocks at numerous times throughout his career.

In fact, what most people don’t know about Buffett is that he also regularly takes big positions in the derivatives market. He has long held a negative view on gold and has also taken a number of big positions in the bond and forex markets. Indeed, Buffett made around $2bn from a short position in the US dollar in 2005.

All of Warren Buffett’s trades have one thing in common: they are all upheld with rigorous economic research and fundamental analysis, leading to macro trends that can span years.

What is digital marketing explain with examples 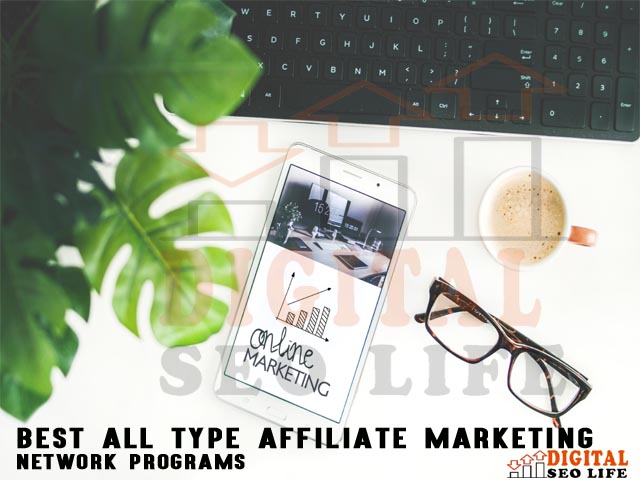 Get Premium Information Free in Your Inbox.

NFTs are the future of "digital real estate:

The stock forecast/price prediction/target given on our website is for informational purpose only and for educating the stock market participants/traders/investors. The content we provide here should not be construed as any financial advice or any other form of advice for investing or trading. Do your own research and analysis before acting on these comments for any stock. Trading and investing involves high risk, please consult your financial advisor before taking any decision and digitalseolife.com will not take any responsibility for any consequences arising out of acting on these comments.

ABOUT US
Hi, I am Pradeep. I am making money online successfully since 2019. I have tried almost all the money earning ideas and work from home that exist on the internet. I know what works and what doesn't! What I write on my blog is my practical experience. You can get all the legal information on Digital SEO Life which will help you to make money on the side.
Contact us: digitalseolifehelp@gmail.com
FOLLOW US
© 2019-2022 Digital SEO Life - All Rights Reserved.